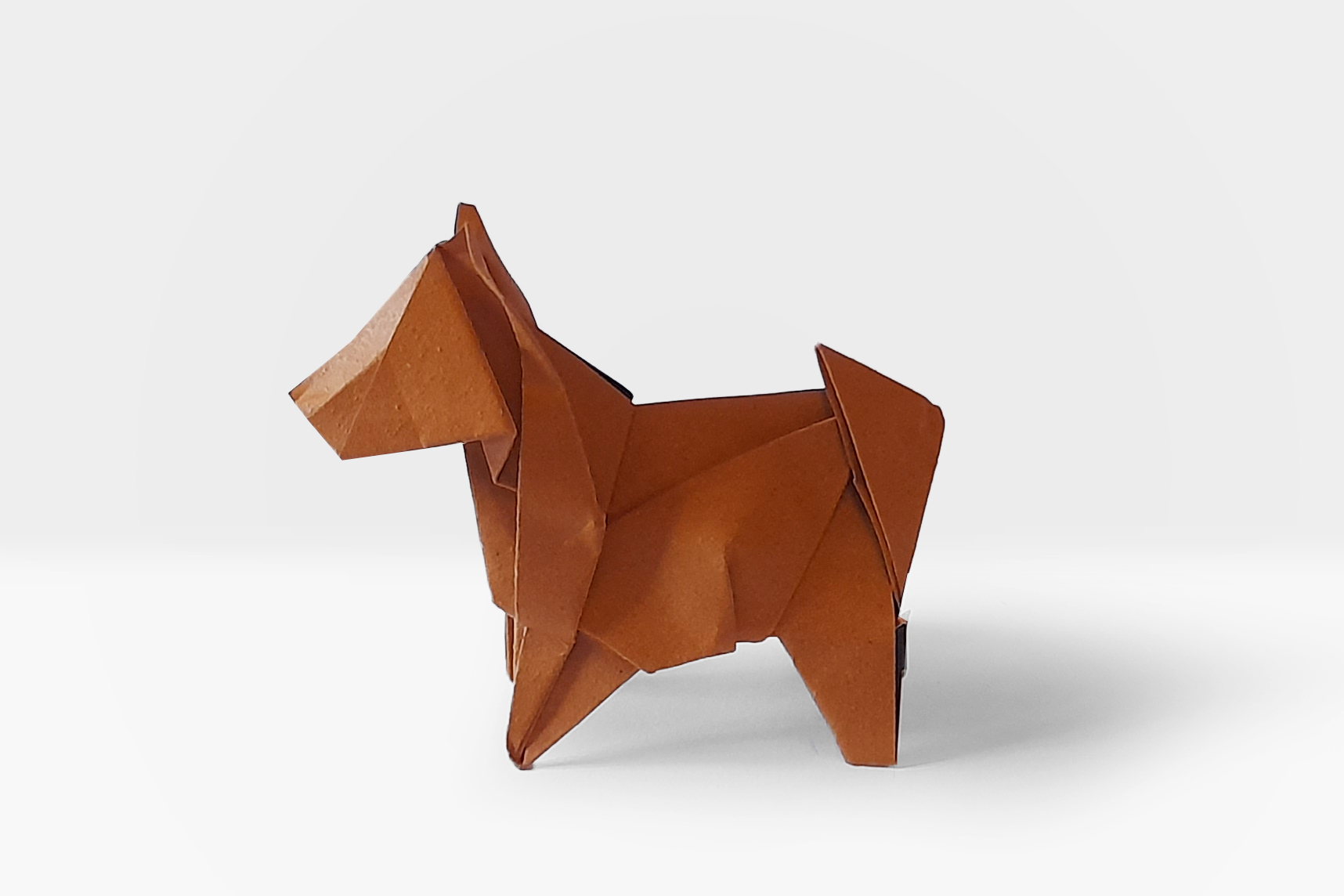 As part of my daily work life during Lockdown I am trying to regularly fold a new model from one of my favourite designers – I will write another post on this, but I find that simply making a model from diagrams (not YouTube!) is one the most calming things I can do for my own mental wellbeing.

After folding the model a few times to get a sense of it, I like to think about the structure of the model and how it has been designed. Was there a certain base that the designer used, or certain moves that felt new to me? Perhaps I think in terms of circle packing and tree theory as described by Robert Lang in the epic Origami Design Secrets and work out where each point originates from on the unfolded square. Or I gently consider the structure in terms of the Maekawa model of origami design (folding molecules) that designers like Hideo Komatsu and Fumiaki Kawahata use to such great effect.

Once I have a sense of the model like this, I like to experiment with other ways of folding using the same basic idea – a kind of Mozart style “variations upon a theme”

This week I have enjoyed folding the Pig from Hideo Komatsu’s amazing book, “Works of Hideo KOMATSU” published by Origami House in Japan (小松英夫作品集・おりがみはうす). I particularly like Komatsu’s models because of the flowing folding sequences, and the very iconic and classic Origami feel of the final forms, with many triangles and quads that could look very mathematical and even dull but seem to take on a life of their own. I highly recommend them if you’ve not folded his models before.

The model begins with a simple pig base, very much like the classic origami pig itself, but with a series of satisfying folds, soon evolves into a very cute and characteristic and original model. 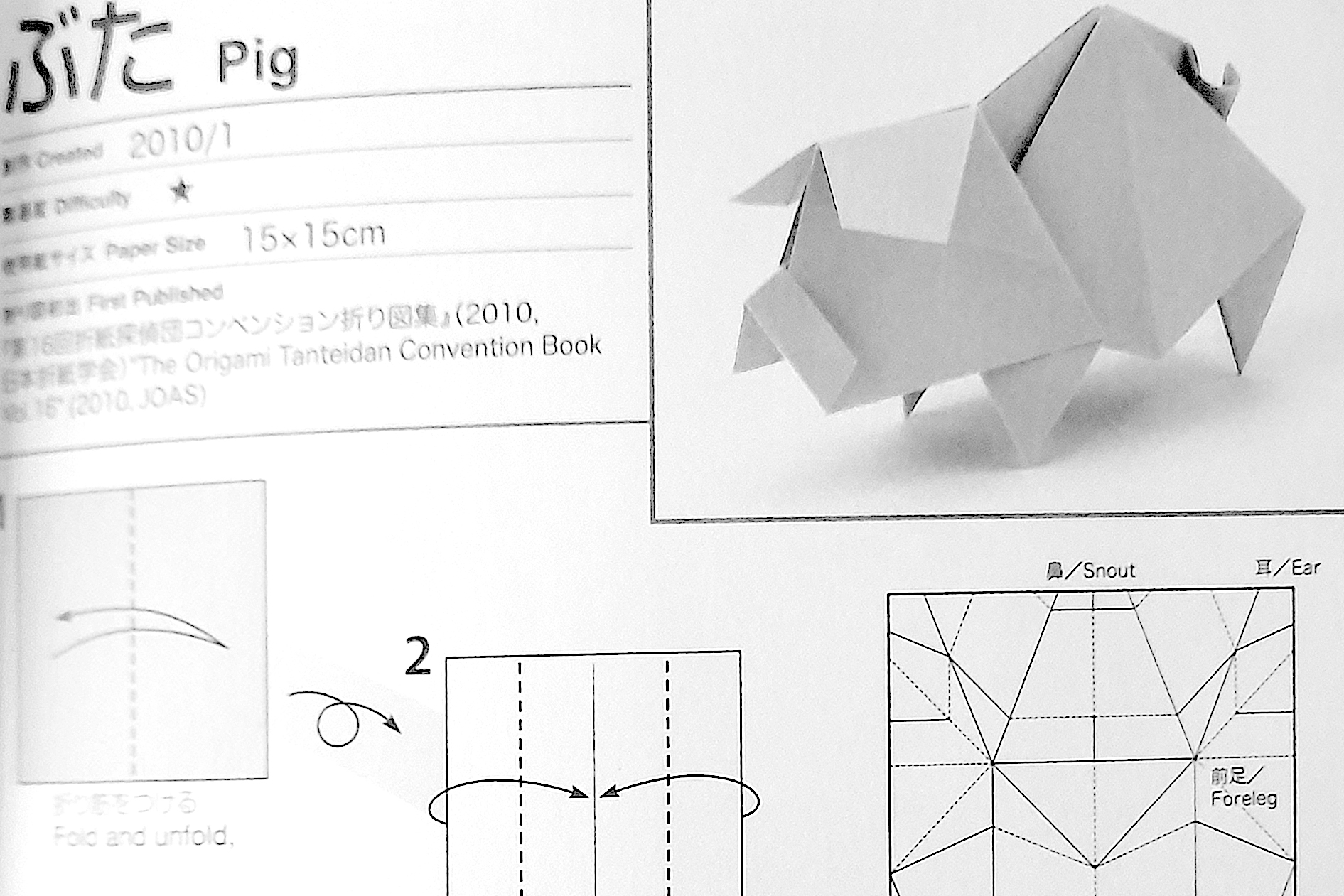 I was taken by how the back legs and tail work (all using basic 22.5 degree geometry), and so decided to explore other animals that could be made using the “base” that Komatsu offers in this model. It wasn’t long before I had some stubby, stocky legs instead, and from there decided to shorten the whole model and use the excess paper to make a neck and head instead –  the little dog form was born! 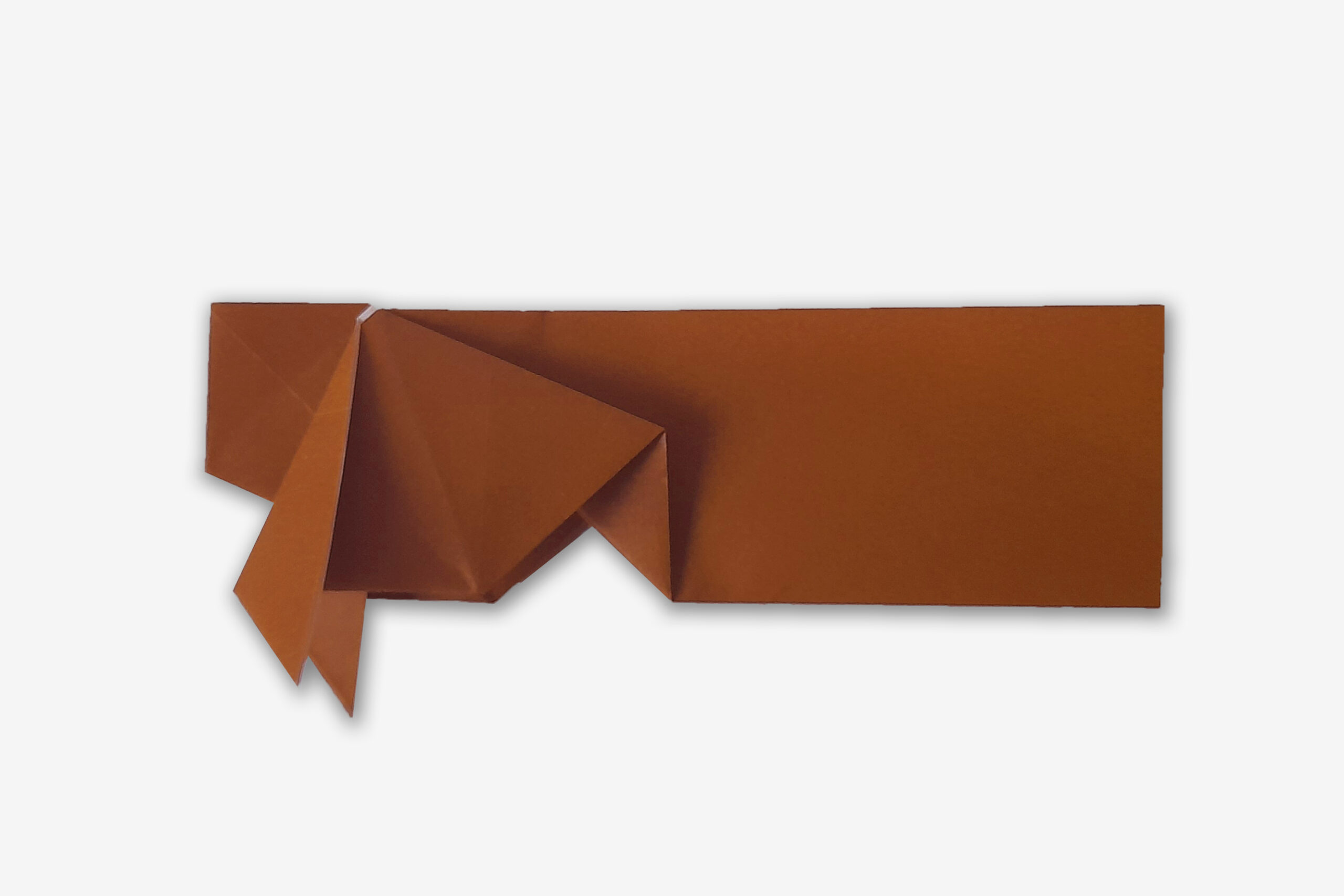 Initially I used 2 colour paper and had a model that resembled an Alsatian puppy, and then for the second version I made it more like a Terrier. I’m very happy with how they turned out, and will get the basic diagrams down in my notebook for future reference.

Origami design often looks like an impossible task and I’m often asked, “how do you come up with the models”, but hopefully this gives you a glimpse into some of the conscious and subconscious thought processes that I use when designing a new model, and maybe give you a bit more confidence in your own explorations. 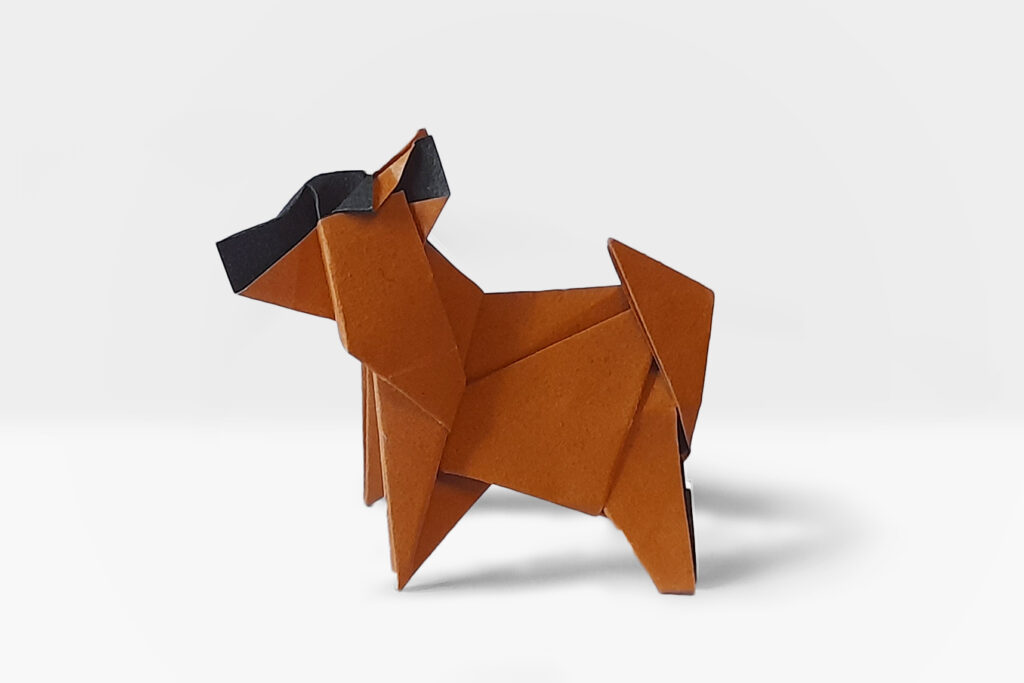 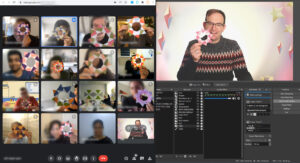 I have been running Online Origami Workshops now for over 2 years and have been so suprised and satisfied to see how effective they are to bring teams together virtually from all over the world – here are a 5 things I often hear from participants as to why they work so well – some of them might suprise you! 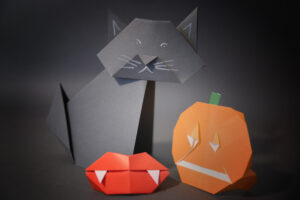 It’s that time of year again when everything suddenly begins to take on a purply-green hue and things get a little more spoookkkyy! (cue scary 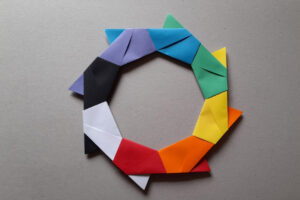 I love to keep my Online Origami Workshops fresh and up to date, and really like to personalise them where I can, so I designed 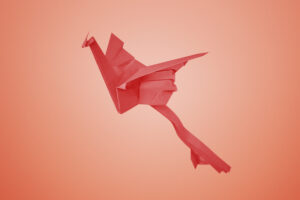 I love the challenge of trying to design a few origami model to brief, and for this project there was the extra added twist – 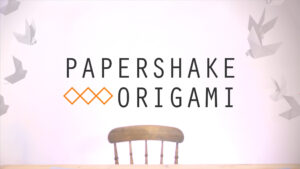 I’m excited to offer online origami workshops now from my London studio. Stand by for more information here on the blog! Michael