Project Description We worked closely with the team at Edge Pictures to design and produce these original origami models that featured in a corporate film for Saudi Aramco. We also worked on the shoot day as Origami consultant to replicate a Japanese Origami Studio in a Battersea apartment. The models were brought to life by […] 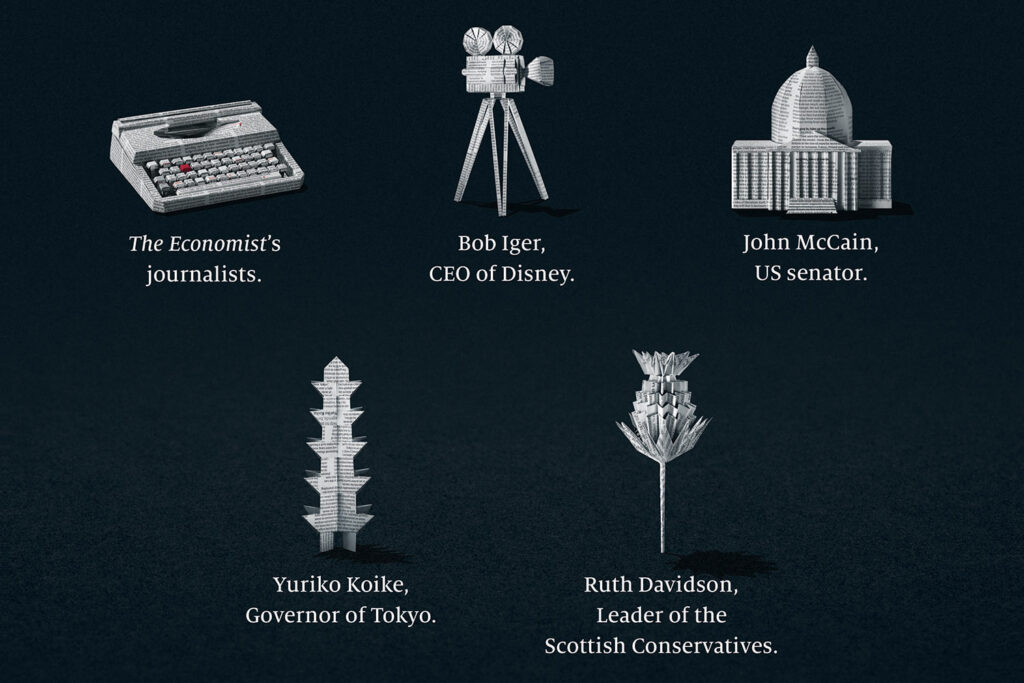 Project Description We created a range of original Origami models for The Economist’s annual publication, “The World In”. The models included an Editor’s typewriter, a replica of the Capitol Building, and a classic video camera amongst others which each represented one of the key contributors to the edition. The final models were sent out to […]